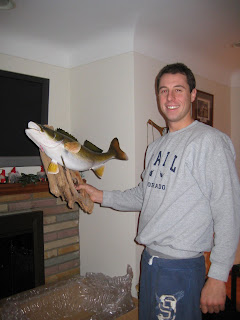 Erik Born got a great Christmas Present this year, a repica of one of the 28″ Walleyes he caught and released last summer. Really the first part of 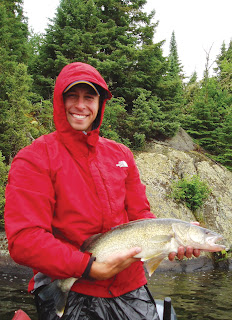 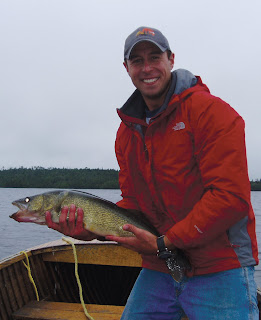 his present was on his fishing trip in June with his Dad Rick when he caught and released 2 almost identical 28 inch Walleyes. Then his parents decided to get Erik a replica for Christmas. Rick got the replica made from the pictures and measurements of the fish. Replicas are the best way to have a trophy mount of fish. They generally look more realistic than a real mount, they last forever instead of cracking with age, and you have released a fish that is a prime spawning female. What a great and responsible present of a replica trophy of 2 great fish.