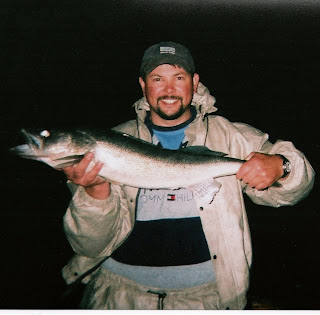 Well here it is, the 32 inch Walleye John Blair caught and released June 9, which is the biggest Walleye caught and released so far this fishing season. John was with his future father-in-law Tom Quaderer and Tom made sure he was ready with the net.
It has really been a fantastic Walleye season. Many Walleyes caught and Released over 24 inches and up into the 30’s, and here are some we have pictures of. 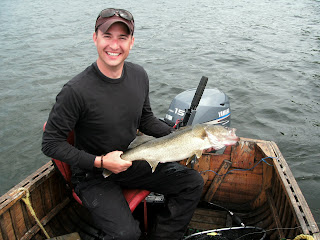 Here is Damian Starr with his 29 inch Walleye that he Caught & Released fishing June 21. 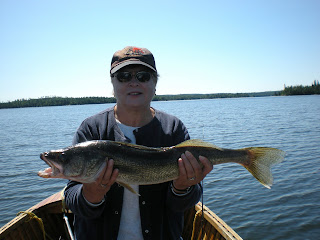 Jim Rudnicki has been coming up for quite a number of years but this was his first fishing vacation here with his wife Dixie. Her first Walleye was this 26 1/2 incher Dixie Caught & released fishing June 20. 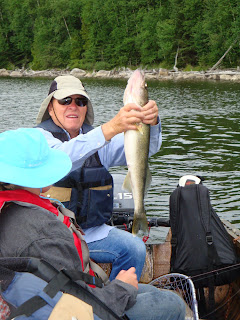 And Gary Giles and his wife started vacationing here with their 2 daughters about 30 years ago. This year Gary was out in the boat fishing with his Grand Daughter Alyssa June 22 and his first Walleye was this beautiful 28 inch Walleye he took out of the water just long enough to take this very quick picture.
From Errington’s Wilderness Island Resort www.WildernessIsland.com