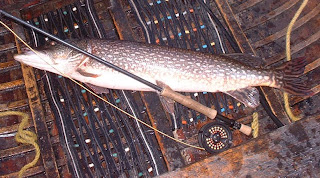 Read more information about Fly Fishing for Northern Pike in our website at: