My husband, George, and I just returned from another wonderful eight night trip at Errington’s Wilderness Island Resort.  We had a fabulous time fishing and viewing wildlife.  Once again the fishing was fabulous and the wildlife put on quite a show.

One of our favorite spots to fish and view wildlife is Bear Point. This year was no different.  We saw a mother bear and briefly two of her four cubs.  She was exploring the shoreline and two of her cubs were playing when we approached the back of Bear Point.  Quickly the two cubs disappeared into the woods.  According to Morgan Errington, this mother bear has been very careful to keep her four cubs well hidden when any boaters are near. 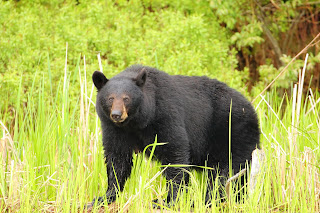 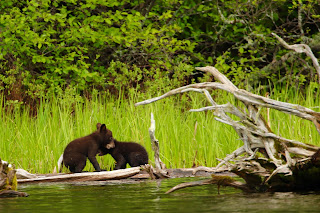 Cubs at play
We also observed several “feathered friends” enjoying the compost buffet.  The raven were very brave to snatch mouthfuls goodies while the mother bear ate.  We were amazed at how large a bite of food one raven was able to take. 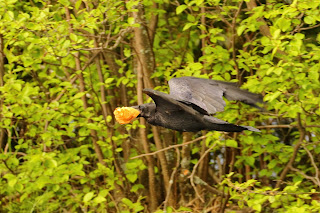 Raven with mouthful
Three vultures sat patiently in a tree waiting for their turn to feast at the compost. 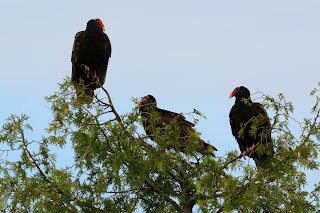 Vultures waiting
Bear Point is one of my favorite spots for wildlife viewing and fishing.  You never know what you might see.
Christine Cook