The boreal forests of Northern Ontario, Canada are home to diverse wildlife. At our resort, you’ll have significant opportunities to see many animals and birds that are native to the boreal forest. The most common and most popular animals are the magnificent moose and opportunistic black bear. Other familiar animals you may see are mink, otter, lynx, timber wolves, pine marten and fishers.

Moose sightings are most common in June and July, and moderately in September. Although moose are the largest members of the deer family, they are very different from deer. Aside from being approximately 4 times larger, they are adapted to eating underwater plants and are much more intelligent than deer. Moose are not herd animals and keep to themselves most of the year. 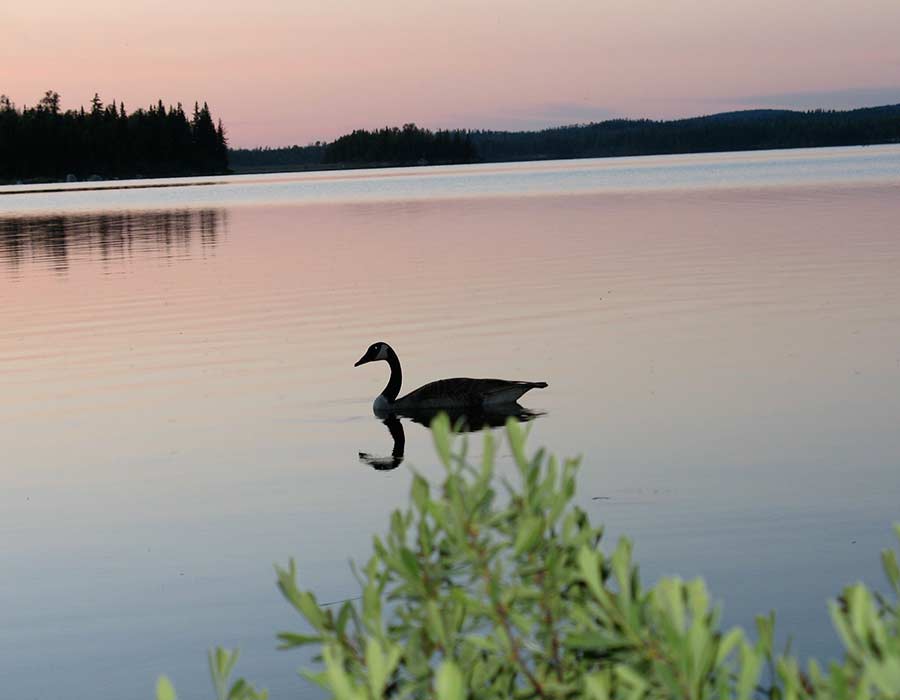 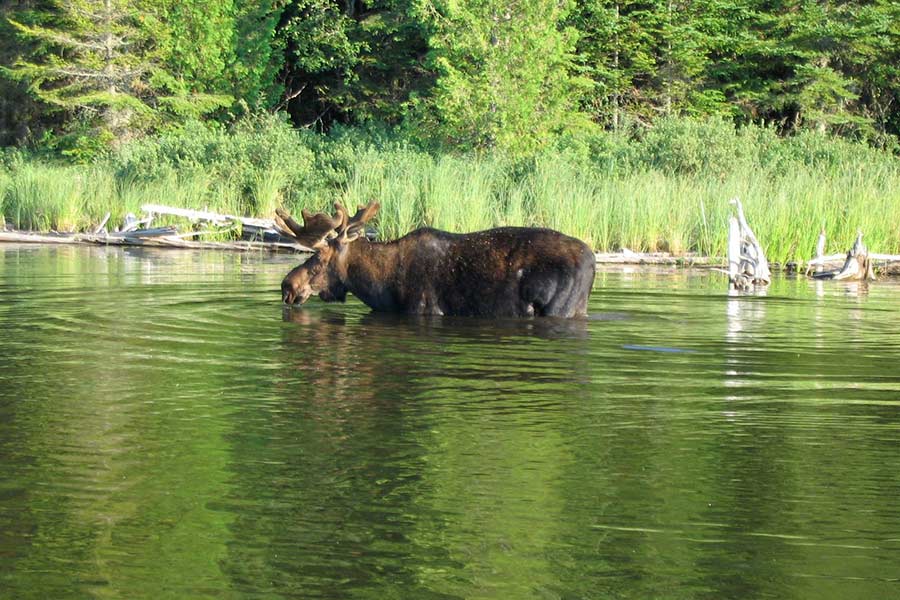 In May, moose are generally back from the waters edge eating the new spring growth on the trees. But in June and July, when underwater plants are growing and succulent in the wetlands of Wabatongushi, moose spend hours grazing underwater. Moose calves are usually born in early June. Since the female moose “cow moose” are often feeding in the water there is the possibility of calf-sightings at this time of year. Because black bears are the biggest predators of moose, especially the young calves, female moose keep close watch on the forest edge. This has caused female moose to get quite used to our boats and they do not consider us a threat. This has allowed us the ability to watch them for hours, without getting too close.

In August, moose again stay back from the waters edge eating the summer crop of berries and nuts. By September the berries and nuts are depleted; moose again start grazing in the water. Male moose “bull moose” lose their antlers each year. New antlers begin to grow in May and early June. By late June, their antlers are quite large and are generally full size by early August. By early September, the antlers are fully formed and polished, ready for mating season, which is at the first hard frost. 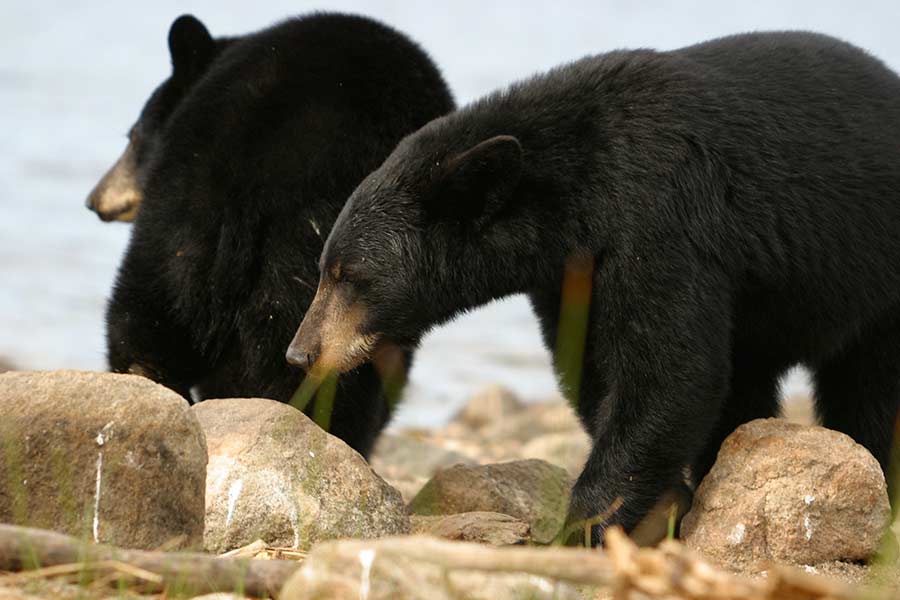 The life of a black bear revolves entirely around food. In spring and throughout early July, these bears mostly consume insects such as dragonflies, smaller animals, fish and spring vegetation. After ice out, we see black bears in the shallow streams where they feed on spawning walleye and suckers.

Black bear cubs are born in January, during hibernation. At the resort, we do see female bears with cubs but the mothers tend be to be quite wary of other bears and humans. Cubs stay with their mothers through their second winter before they separate during the next early Spring, when they are 16 months old. Did you know, black bears mate every second year?

Mink are seen along the shoreline as they primarily eat fish. They swim well around the shallower areas looking into crevices for small fish and cray fish.

Lynx do like water and sometimes we see them swimming although at a distance from land. They hunt small rodents in the grassy areas adjacent to the lake. Because of their colouring, it’s easy to miss them.

Otter tend to stay in the rivers and shallow bays, and small ponds adjacent to Lake Wabatongushi. However, they will appear out in the main lake. To spot them, look for a periscope bobbing out of the water. If you’re fishing, sometimes otters steal fish off stringers when you’re not looking!

Timber wolves are the largest species of wolf in the world. They are very large, almost the size of deer. Timber wolves are very intelligent but shy. They don’t like water, so we only occasionally see them along the lake shore. However, they will wade into water to cool off when summer temperatures are hot. 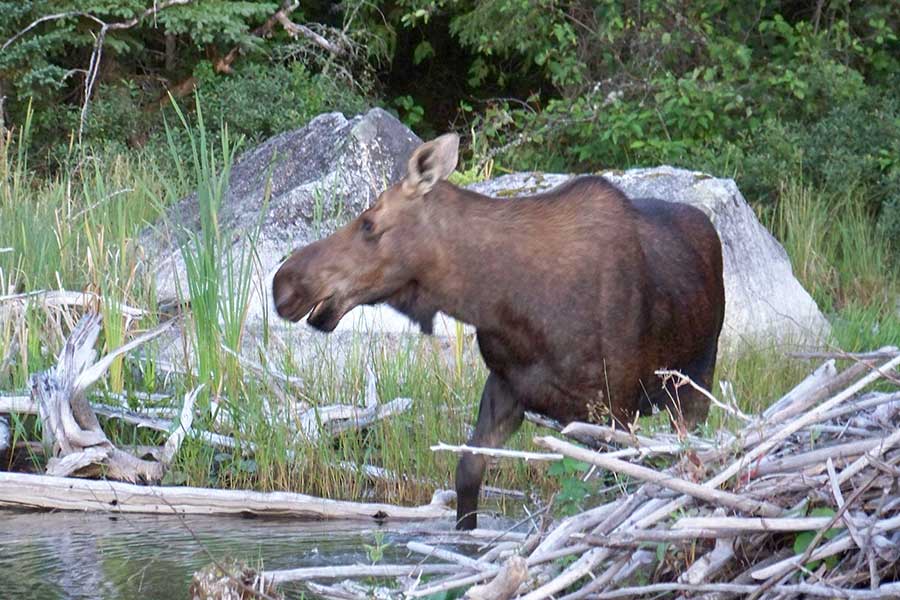 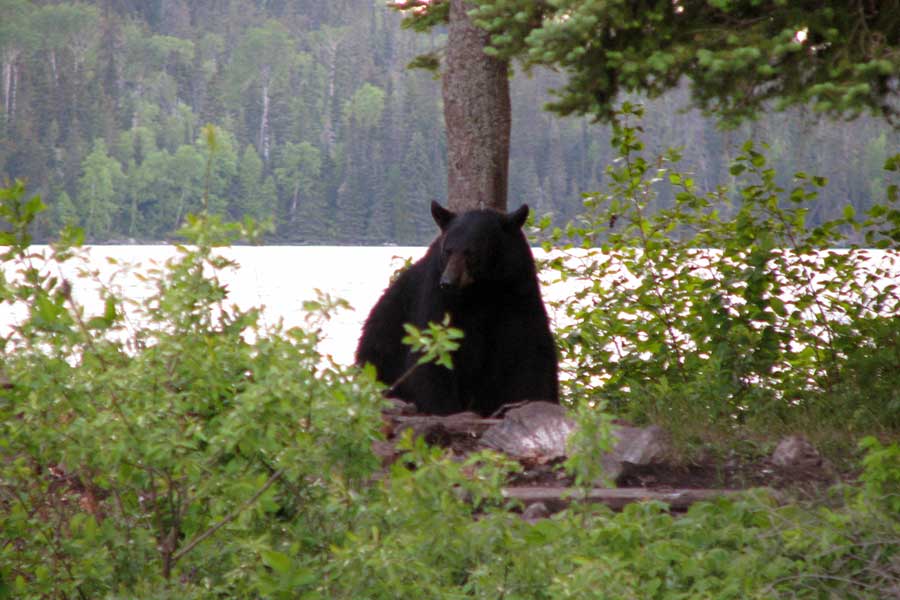 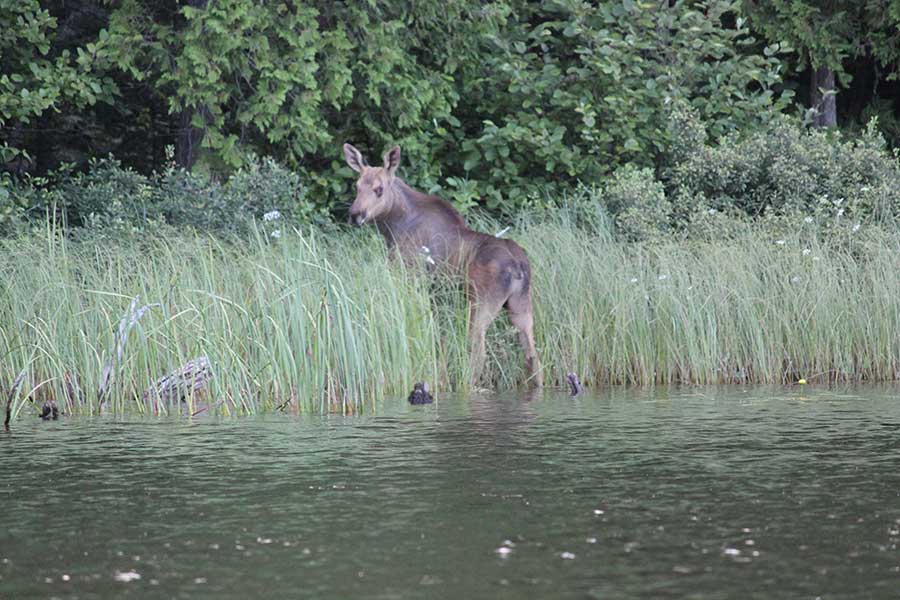 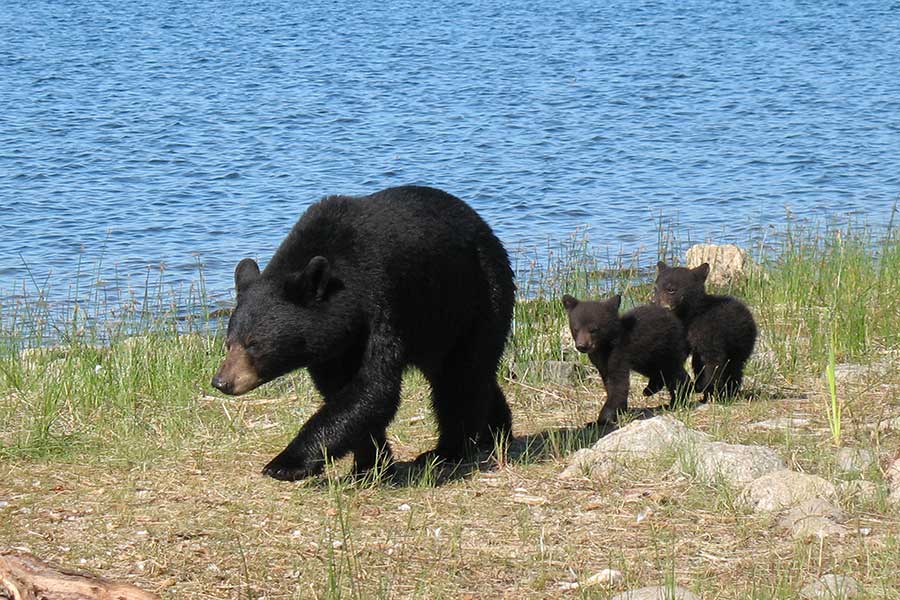